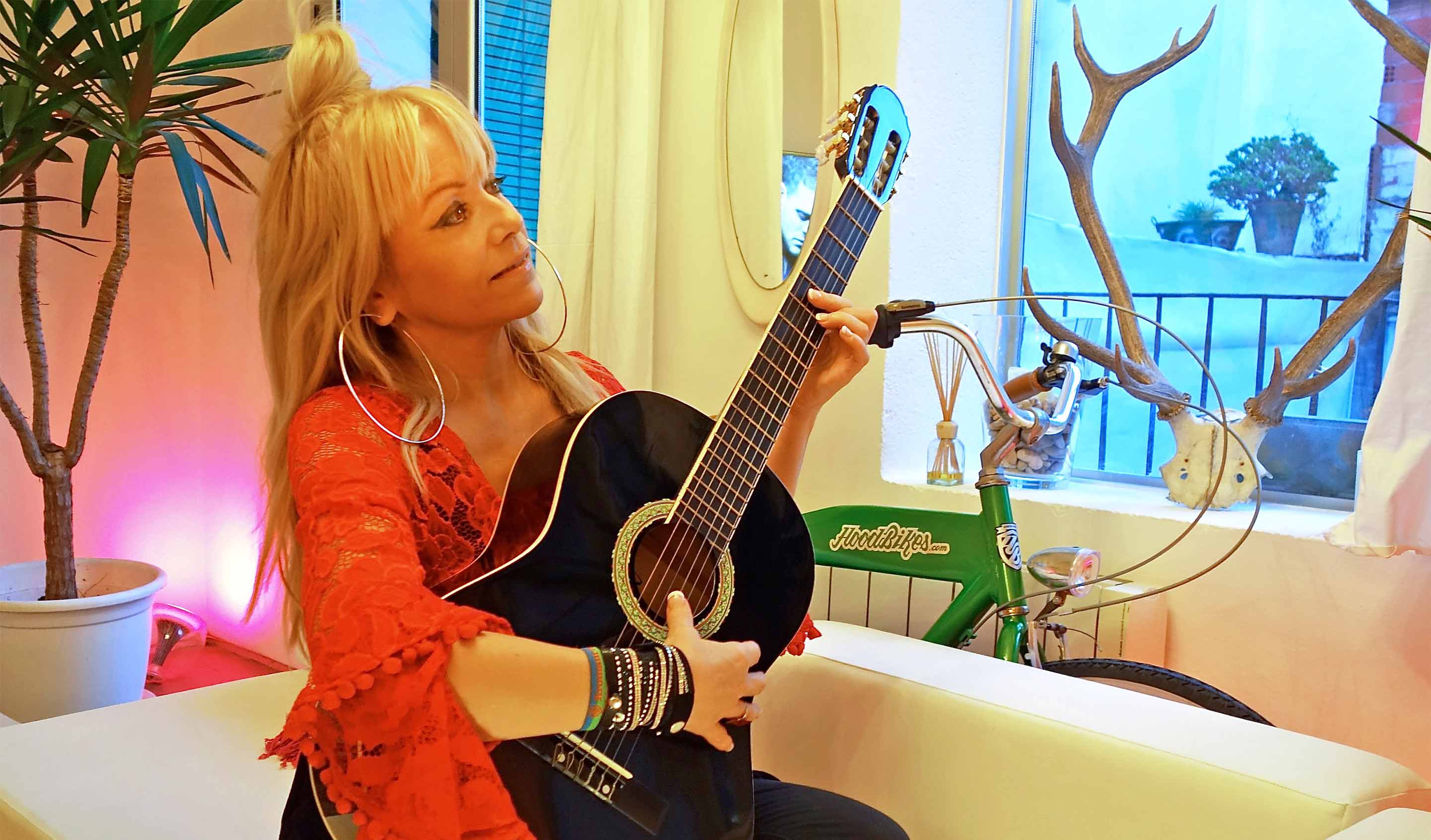 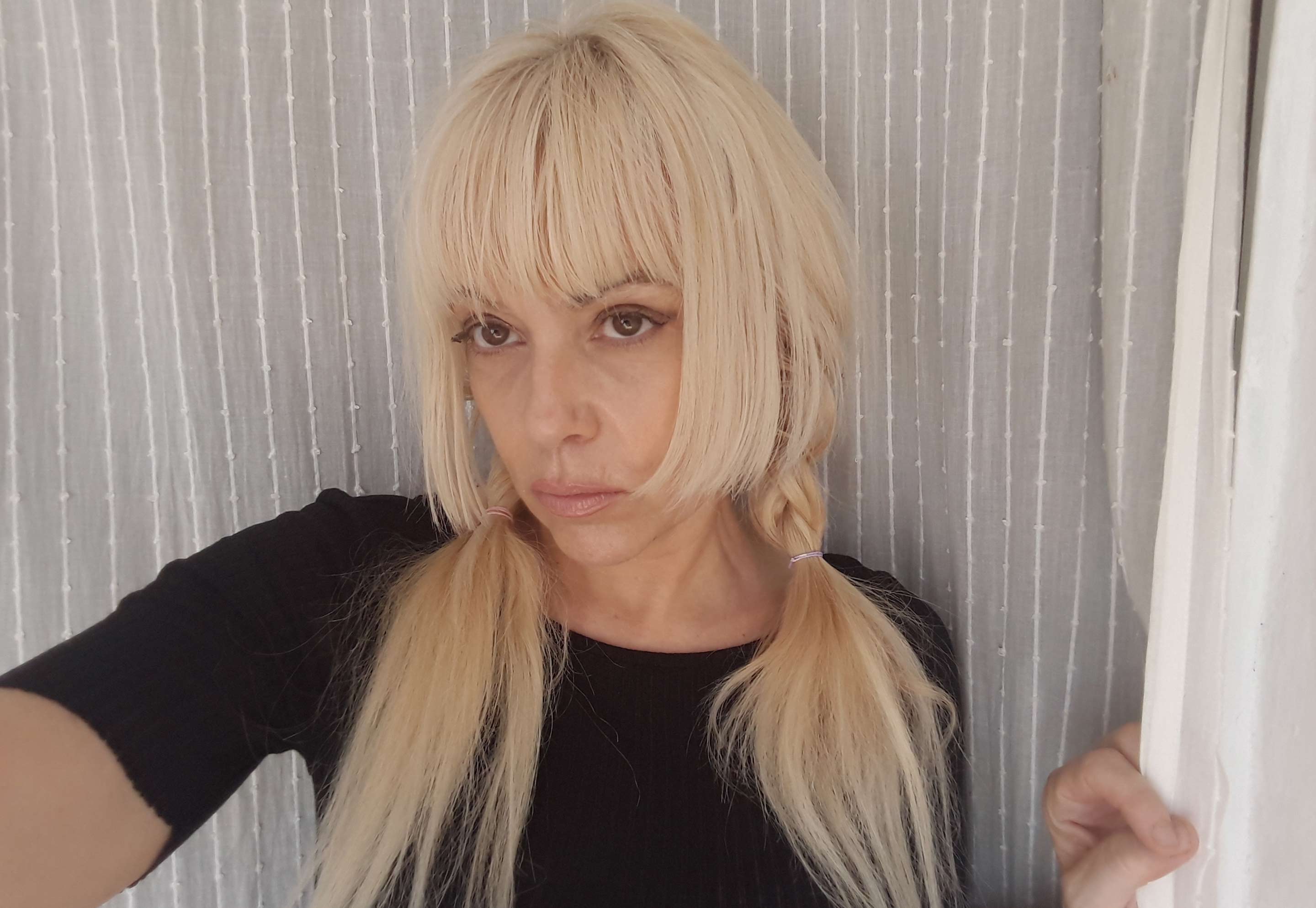 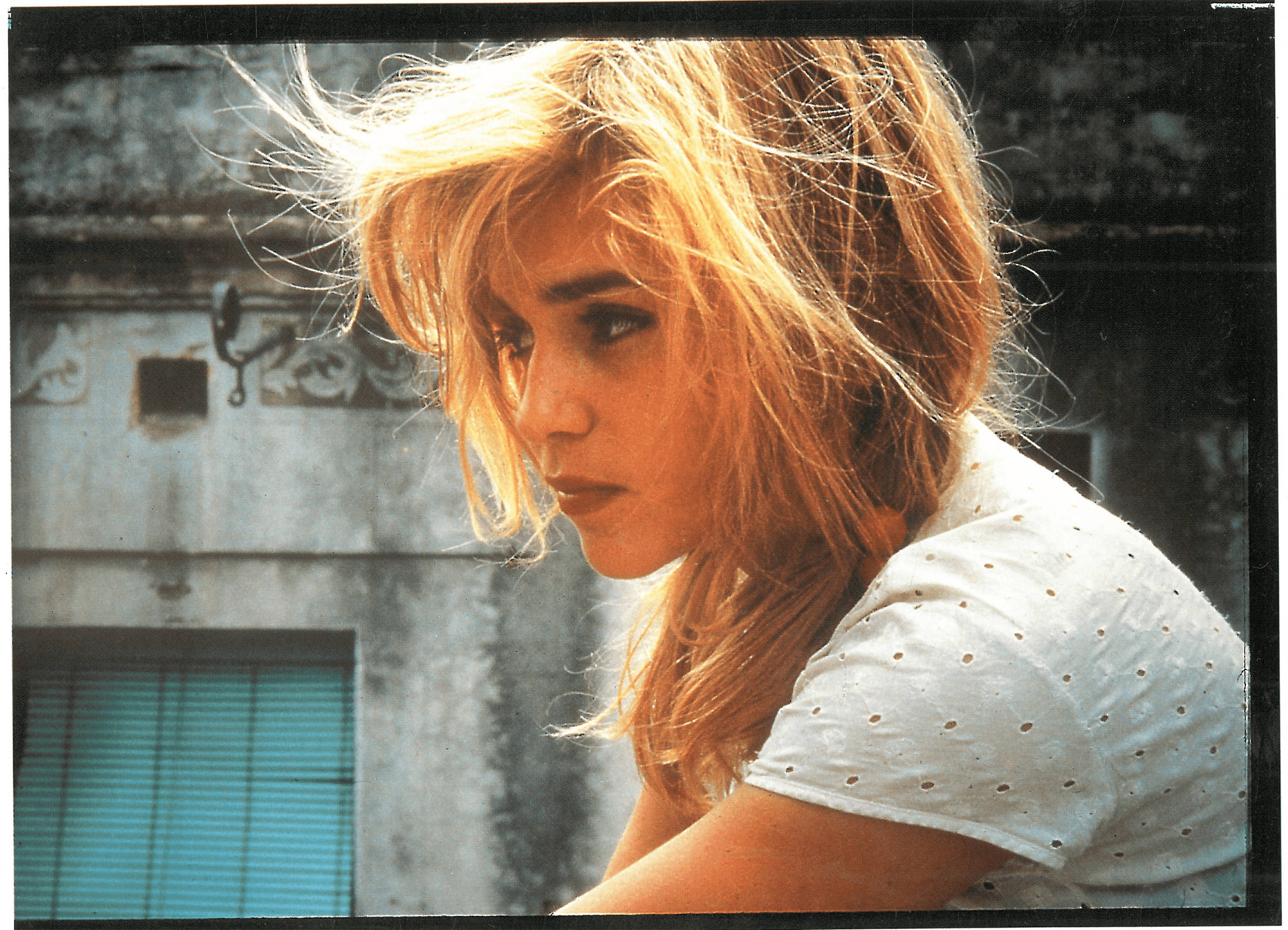 Photo of the single of my first record "Cathy Claret". 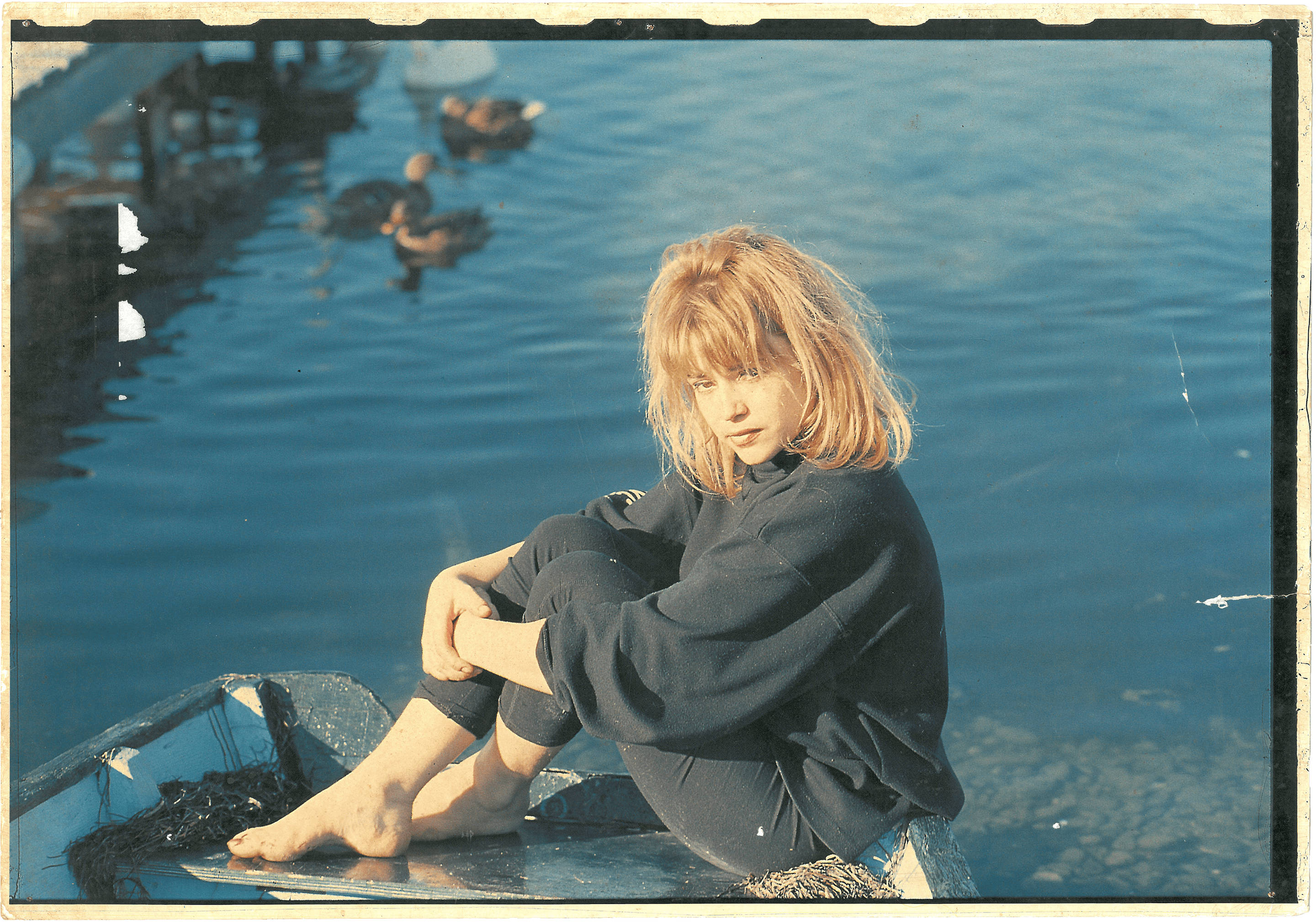 Photo of the cover of my second solo album.
South of France 1990. 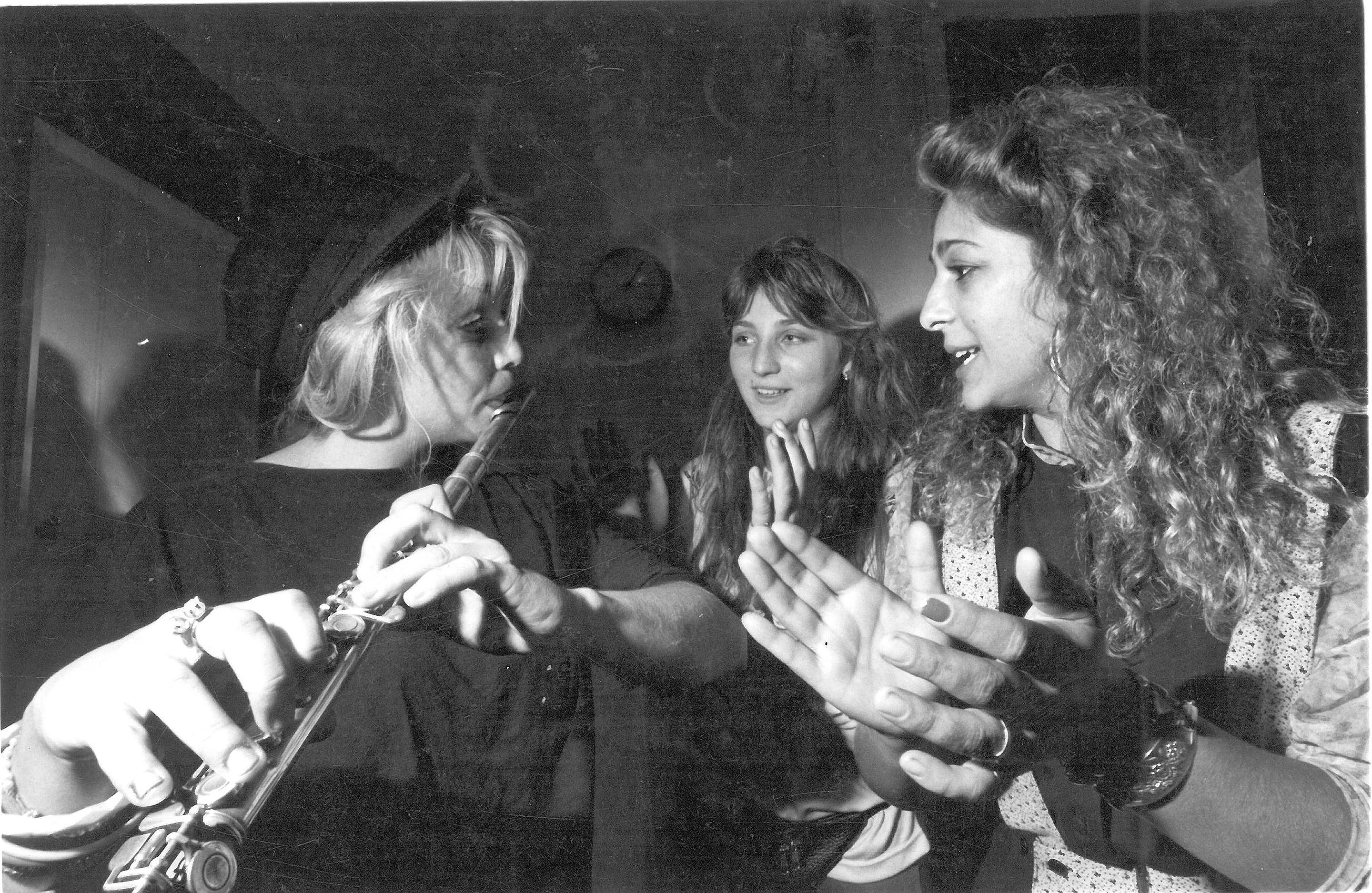 Playing flute with my gispy flamenco' s sister in Barcelona 1990. 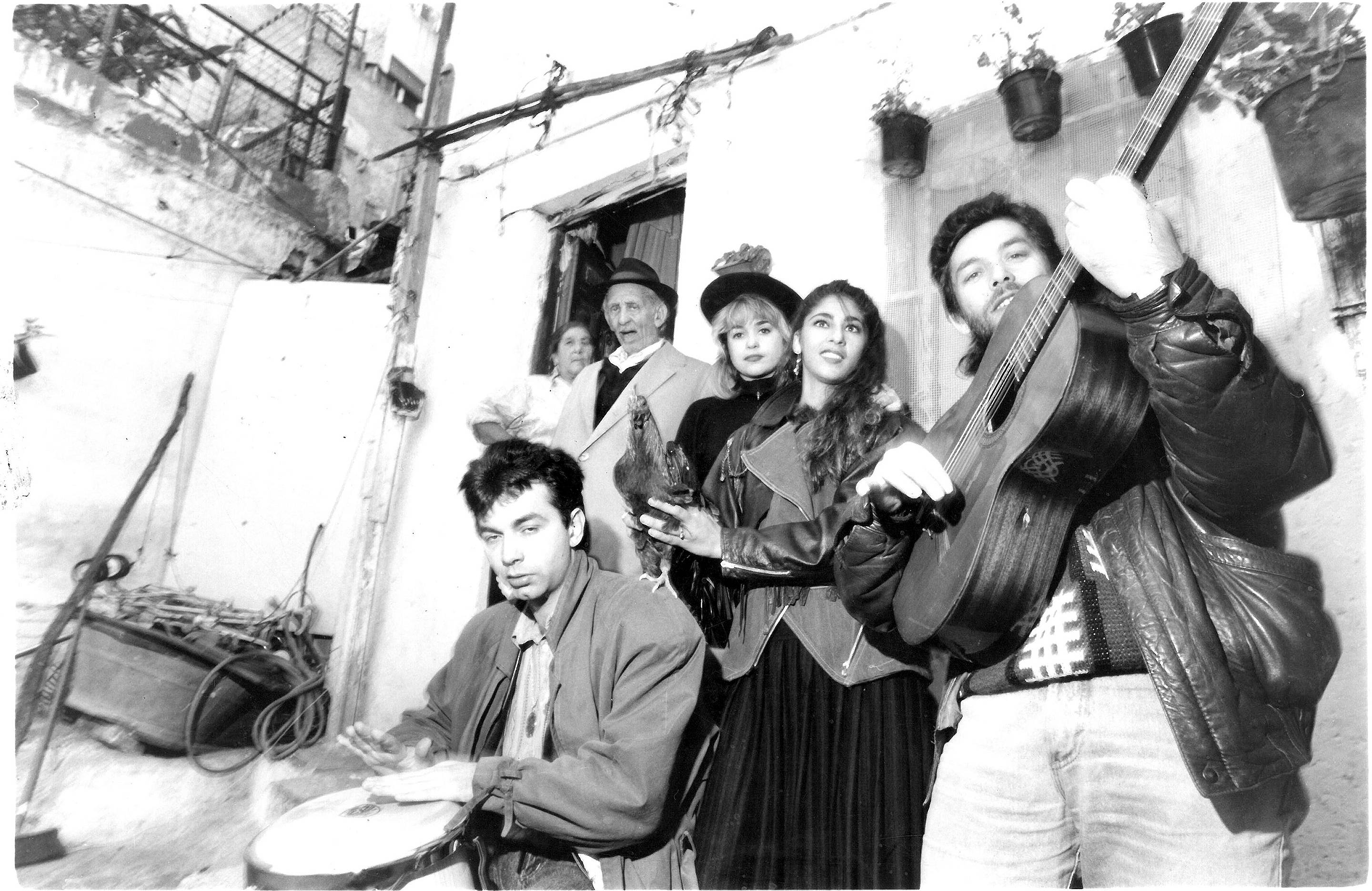 In the garden with my gipsy family, the grand father of PATA NEGRA and the chicken..jijijiji 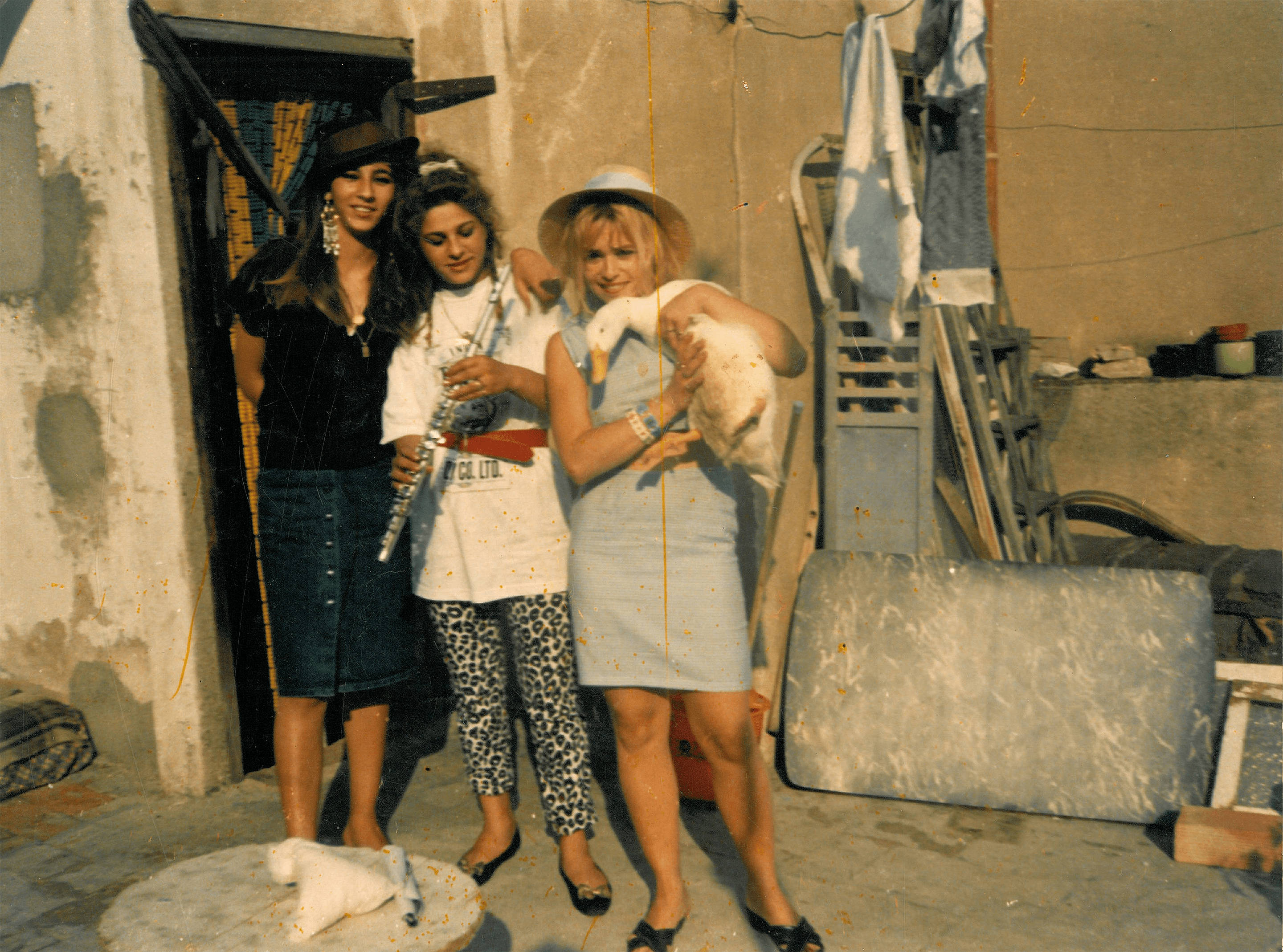 In the garden of my home with my friend and a duck...

From an early age to her teens, Cathy lived on 3 continents and in 29 cities including Barcelona, Sevill,Paris,Minneapolis and Madrid. She changed schools no less than 20 times and led a very bohemian life.

Cathy lost her mother when she was adolescent and subsequently lived a nomadic and decided to go and live in spain with a romani family. Cathy was welcomed as the 10th daughter of a big Romany family. Cathy moved to Spain with her ‘surrogate’ family to make Spain their home.

She became totally immersed in music as a result of meeting her Romany family, became interested in Romany music and started playing the flute at the age of 16, followed by the electric bass.

Cathy is self taught and mastered each instrument with ease, then put together a demo tape of original songs that she sent to Virgin France and made her debut in 1987 with the same label. Since then, she has remained an independent artist and handles everything from music production to management.

Her music is first and foremost defined by her ‘whisper voice’ and caught the eye of Japanese pop music scene, which became popular in the early 1990’s.

In Japan, she was well known by two albums “Cathy Claret” in 1990 and “Soleil y Locura” in 1991 released by Belgium record label, Crepuscule and Cathy first visited Japan in 1991.

World renowned flamenco star, Raimundo Amador and B. B. King covered Cathy’s original song “Bollere”, which was a massive hit. Also Rossy de Palma, one of the top Spanish actresses sung on her album. Album releases followed in 2000, 2003, 2005, 2006 and 2007.

Also she never stopted touring mostly in Spain. Making music for movies and collaboracion with other musicians such as Finley Quaye, Hook Herrera.

“Solita por el mundo” was released in 2015 (2016 in Japan ). The album received worldwide recognition, with UK music magazine Flip Review voting it as 15th best album out of of all 2015 pop album releases.

Cathy is still respected as the Whisper Voice Diva and continues to go from strength to strength.